Greetings, it is I, The Anax! I create games and novels, this is my career!

The characters of this dark universe are all original and owned solely by me. You have wizards, super heroes, monster hunters, government agencies, and others trying to survive in a world populated by horrific beings such as demons, super villains, synthetics, mutants and more.

As you experience this gritty world through their eyes, you will find an ever expanding cosmos that can bring hours of entertainment. I do all my own artwork and writing along with design, so it is all coherent and professional. I am autistic, and this is my passion, so rest assured, dear reader, that the lore is loved by me and I take exceptional care to ensure it maintains continuity!

The Anaxverse thrills, titillates, and terrifies! I create everything from interactive novels and games to ebooks, comics, and more! All the material originates from the spooky universe that I have devilishly wrought over the years. You will find vampires and robots rubbing elbows with aliens and succubi.

I accept donations for this hard work, and I always produce extraordinary projects. With every release of material, new, ever darker corners of the Anaxverse are revealed while the beings within it are shaped and grow while surviving these dreadful circumstances.

“What a pleasure it was to play this game. I've been looking out for anything by Anixmanes since the equally enjoyable Slugs and Bugs: Invasion, so have spent a fair few hours immersed in this.” - themscra “For any readers who have not had a chance to go through Cereborg: Inception, give it a try. It, to me, flowed a lot like The Anax: Call of the Cursed One, which has been my favorite of the series of novels thus far.” – DrSevarg

I love interacting with my fans! While I have a Discord and Twitter, feel free to contact me via this as well! I like to hear feedback and I never turn a deaf ear towards suggestions!

Type: Necromancer
She holds power over the Anax… for now.

Evelyn Addams is a powerful necromancer. Ever since her earliest childhood, she could see and hear the spirits of the dead. Believing her to be unstable, her family had her committed to a mental hospital. Though she adamantly held out for a number of years that she really could talk with the dead, she finally acquiesced and began telling doctors the opposite, so in her late teenage years, she was released back to her family and considered ‘cured’.

She joined a paranormal society called the Female Phantom Finders and together she and her friends went on ghost hunts using Eve as a communication tool. She also stumbled upon the strange dimension known as The Library, and obtained Eleanora Blackwood’s Book of Shadows. She also, for a short time, fell victim to the corruptive influence of the phantom, Dagan Erebus, an experience that changed her forever. She and her friends, along with her sister, Brittany Addams, traveled to Ghost Nook Island, and, in a botched attempt to save the soul of Anaximanes Ravenhurst, her friends were all consumed by his darkness. She, however, not only survived, but managed to use her necromantic powers to enslave the Anax himself!

Type: Boogey Man
A dark entity that feeds on fear and enslaves souls.

Born in the 1800’s, Anaximanes Ravenhurst grew up in upstate New York. His parents died when he was but eight years old. To the world at large, his Scottish parents were well known adventurers, historians, and archeologists, but in truth they were monster hunters seeking cursed relics in a bid to save the world from the evil artifacts. Under the vast mansion, Ravenhurst Manor, the pair sealed these items in a vault and sealed it with magical spells.

However, dark things still skittered in the nearby woods, sensing the profane artifacts, and these creatures desired the power in the mansion. Darkest among them stood the conniving witch, Eleanora Blackwood. When Anaximanes reached adulthood, he fell in love with the fiery-haired Eliza Day. However, Anaximanes supposedly slew his bride upon their wedding night, and so, the townsfolk, led by Reverend Addams hanged him until dead. However, his vengeful spirit rose again to feed on fear and terror, and now, the entity stalks the shadows looking for victims to corrupt and possess!

A tale of monsters, wherein one plays as a male nosferatu named Brone Lorcan, and a female monster hunter named Absinthe Van Gothen

A tale of robots, wherein one plays as the female scientist, Chieko Naru, the security specialist, Howard Wyatt, or the synthetic Cereborg, Emily Harbrook.

A tale of shadows, wherein one plays as the necromancer, Evelyn Addams, and as the terrifying entity known as The Anax

Cult of Corruption: The Summoning

A tale of demons, wherein one plays as the wayward wizard Bo Wyatt as he attempts to stop the Babylonian god, Nergal.

A tale of aliens, wherein one plays as the telekinetic female, Justine Day as she tries to survive against the slimy Infectulons.

A tale of ghosts, wherein one plays as the evil phantom, Dagan Erebus, in a bid to corrupt and possess the D.A., Amelia Williams.

Twelve chapters are available for everyone.

Nine chapters are available for everyone.

Cult of Corruption: The Summoning

Five chapters available for everyone.

Five chapters available for everyone.

Short story currently available to everyone.

INVESTORS IN MY HARD WORK ENJOY BENEFITS AS A REWARD! BY SUPPORTING ME YOU GAIN THE ABILITY TO VOTE ON PROJECTS, CUSTOM ARTWORK, AND BEST- EARLY RELEASES BEFORE THE PUBLIC!.

Early releases before the public

Early releases before the 5$ investors

Early releases before the 10$ investors

My passion to create unique and memorable entertainment burns limitless. I firmly believe that quality entertainment, regardless of medium, requires that drive and an attention to detail and I find no greater joy in life than sharing what I create! I focus solely on this creativity every day. Every story tells of just a small bit of what is happening in the world. Every character comes to life to evoke emotions and interest the reader. So, please check out my work for yourself. - welcome to the Anaxverse! 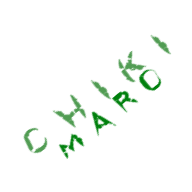 MAKING GAMES IS MY HOBBY, BUT YOUR DONATIONS LET ME FEEL THAT MY EFFORTS ARE NOT USELESS. MY PATRONS WILL ALWAYS HAVE ACCESS TO THE LATEST VERSION OF THE GAME. REGARDLESS OF WHETHER YOU ARE MY PATRON OR NOT, I'M ALWAYS GLAD TO HEAR YOUR OPINION, FEEDBACK, CRITICISM AND SUGGESTIONS.